Home>Visiting American Museum of Natural History in your rental car 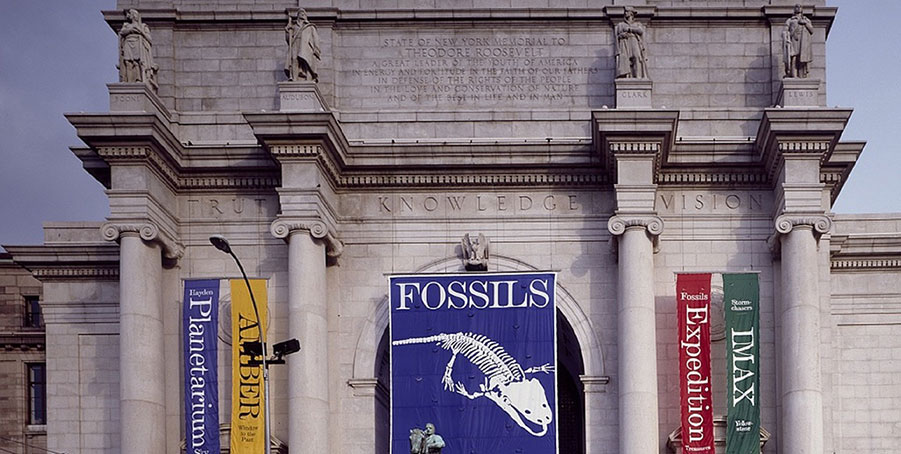 The American Museum of Natural History is located in New York City, in the United States, more precisely in the Upper West Side of Manhattan. This is one of the most famous museums in the world. Not only for being the scene of a comedy starring Ben Stiller (Night at the Museum 1 and 2), but also for having a collection of 35 million objects, displayed in 46 rooms, which are located throughout 25 interconnected buildings.

Founded in 1869, the American Museum of Natural History sponsors about 120 expeditions per year, with five divisions of research, and it employs a total of 225 full-time researchers.

One of the major attractions for the American Museum of Natural History is the Rose Center of Earth and Space, that includes the Hayden Planetarium. This Planetarium uses the latest technology to project high-resolution videos that simulate a replica of the night sky, with axis in the birth and history of the universe, galaxies, stars and planets.

The Hall of Ocean Life, meanwhile, includes a replica of a blue whale 28 meters in length that is suspended in the air. You can also see here a diorama of two floors of a coral reef, unique in its kind, within the entire Western Hemisphere.

The living fossil of the American Museum of Natural History houses the largest collection of fossil mammals and dinosaurs in the world. There, you can admire replicas of Stegosaurus, Tyrannosaurus Rex and Triceratops, among others. There is also an entire floor dedicated to showing the evolution of vertebrates.

The Hall of Meteorites at the American Museum of Natural History exhibits the most complete collection in the world. Here you can view a piece of the Cape York meteorite 31 tons. Also, in the hall of gems and minerals shown to the public the largest carved sapphire star in the world, known as the Star of India, and also a dramatic topaz, weighing 595 pounds.

The Museum also has anthropological collections of humans in Africa, people of Asia, and the Pacific. Also, you will find American Indian, Central American and Mexican collections.

At the American Museum of Natural History www.amnh.org/ you can enjoy spectacular 3D and 3D projections in its IMAX theater; such as Tiny Giants, the first film produced by the BBC in a format made for the IMAX theater.

Directions to the American Museum of Natural History

The American Museum of Natural History is located at 79th Street and Central Park West, near the legendary Dakota building or Strawberry Fields. The main entrance to the Rose Center for Earth and Space is located on 81st Street, between Central Park West and Columbus Avenue. If you have a rental car, you only need to put the address in the GPS and you will arrive without any problem.

For those who are arriving in a rental car, parking is available at the museum. You must enter from 81st Street, between Central Park West and Columbus Avenue. It is open from 8 am to 11 pm, rates range from $ 24 to $ 49, depending on the amount of hours you plan to leave your rental car parked.

Rent a car, minivan or SUV in New York through RentingCarz at the best price with the most reputable rental companies on the market. Reserve a car online and fully enjoy New York and other destinations, such as Fort Lauderdale, Orlando, Las Vegas, Miami, Houston. 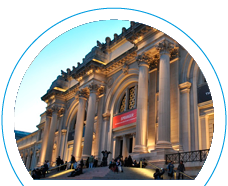