Around 10 million tourists arrive each year to Ezeiza International Airport to visit the city of Buenos Aires in search of the eclectic, cosmopolitan, sensual energy of the capital of tango.

Renting a car is the best option to get to know the city of Buenos Aires if you want to move at your own pace without depending on pre-planned tours or public transportation. Through RentingCarz it’s possible to reserve a rental car in Buenos Aires by internet, and receive the best prices from the most reputable companies on the market. Upon arrival at Ezeiza International Airport all you have to do is take your reservation voucher, valid driver’s license, and credit card in the name of the reservation holder to the counter of the car rental company to get started on your tour of the city.

And what better way to being this tour than by visiting the historic city center where Plaza de Mayo is located. Right at the border between the neighborhoods of Monserrat and San Nicolás (known as microcentro by the city’s inhabitants), this plaza surrounded by historic buildings like Cabildo (city hall), the Metropolitan Cathedral, and the Government House has been the scene of the most important events in the life of the Republic of Argentina.

After the city’s foundation in 1580, the plaza was occupied in 1608 by Jesuits, the religious order of the Catholic Church to which Pope Francis belongs. At that time the plaza functioned as a market for commercial products, hosted bull races, and was a festival site.

In 1810 the Plaza de Mayo was the epicenter of the May Revolution, the first step in the country’s independence from the Spanish Empire. During these years the plaza was divided in 2 parts: Plaza Grande in front of the Cabildo, and Plaza Armas, located in front of the Government House which is also known as the Casa Rosada (pink house). In 1883 the plazas were united by the demolition of the covered corridor that had separated them. In the center of the plaza stands the Piramide de Mayo, a pyramidical monument erected to commemorate the centennial of the Revolution.

This historic area is where the public came to listen to speeches given by Eva Perón and her husband Juan Perón from the balcony of the Casa Rosada. Here is also where the Mothers of the Plaza de Mayo (universally known for having used white cloth diapers as head scarves) gathered to demand information about their disappeared children during the military dictatorship between 1976 and 1983. And Pope Francis gave mass at the Metropolitan Cathedral in front of the plaza for many years.

How to get to the Plaza de Mayo by rental car

You can get to the Plaza de Mayo by rental car from the north by driving along Avenida Santa Fe and then turning left on Avenida 9 de Julio and then right on Diagonal Norte to the plaza. Those coming from the south can take Avenida Paseo Colon that goes right behind the Casa Rosada, which is located in front of the Plaza de Mayo.

Where to park your rental car in Plaza de Mayo

There are many paid parking lots in the area where you can leave your car for hours or the whole day. It’s not a good idea to park your rental car on the street in order to avoid a traffic ticket or having your car towed.

Rent a car, minivan or SUV in Buenos Aires through RentingCarz at the best price with the most reputable rental companies on the market. Reserve a car online and fully enjoy Buenos Aires and other destinations in Argentina. 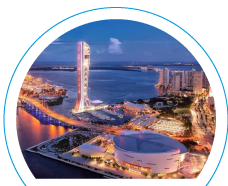 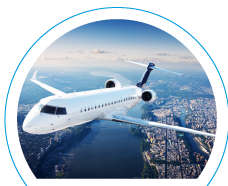